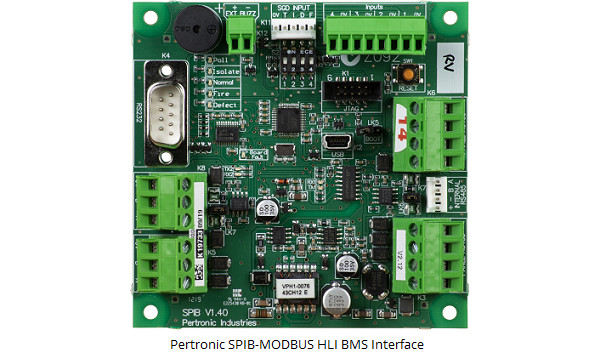 The Pertronic SPIB-MODBUS HLI provides communication between a stand-alone F220 fire indicator panel and a BMS. With this product connected to the F220’s RS-485 mimic bus, all the data accessible from the F220’s keyboard & display is available to the BMS.

The Pertronic SPIB-MODBUS HLI also allows a BMS to control selected fire system functions, using the F220’s loop emulation facility. Data from the BMS is converted into detector or module status data. The F220 reads and responds to data on the emulated loop, exactly as if it were a physical loop. The emulated loop devices are programmed using Pertronic FireUtils®.

A building management system can communicate directly with a Pertronic Net2 Network via a Pertronic NET2CARD configured as a Modbus interface. The NET2CARD provides up to 3,000 Boolean Nodal Mapping Objects (NMOs) which allow bi-directional data transfer between the BMS and the fire system network. NMOs can be mapped to any data object in the connected F220/Net2 network system. An F220/Net2 network can have multiple BMS interfaces. The BMS interfaces are programmed using Pertronic FireUtils®. Each BMS interface can be programmed independently. 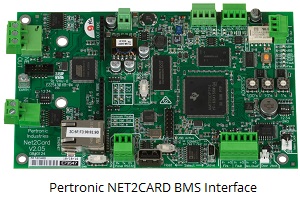 Pertronic BMS interface units allow a building management system to control or monitor practically any fire system function. The potential applications are limited only by the system designer’s imagination.