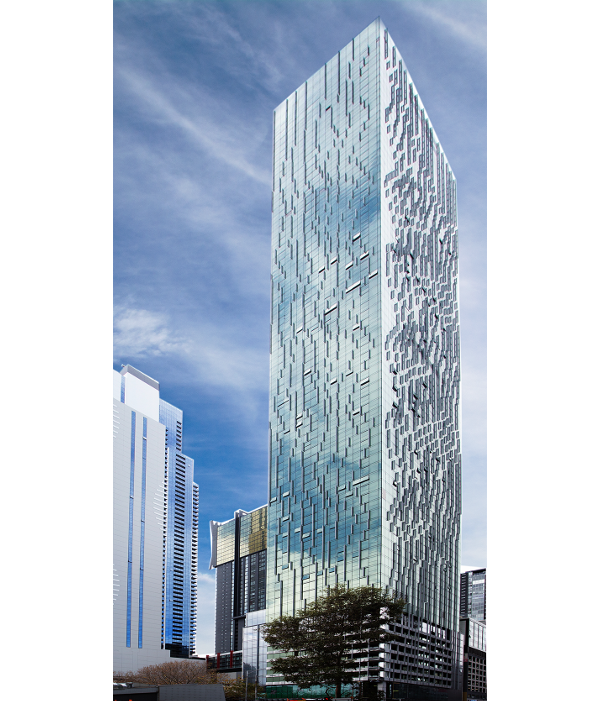 Victoria One is the tallest structure in Melbourne’s central business district, with a roof height of 241 metres. The 78-storey building has 54,000 m² of floor area, with 629 apartments, 163 car parks, and two levels of retail space.

The building was opened in two phases. The lower part, up to level 39, was ready for occupation in late June 2017. The upper levels were opened in July 2018.

The Pertronic system monitors more than 760 heat and smoke detectors, as well as sensors at key points on the automatic sprinkler system, including the tanks and fire-fighting pumps.

In the event of a fire, the networked F220 panels automatically call the fire brigade and take control of critical equipment in the building. An emergency warning system (EWS) automatically tells building occupants to evacuate, zone by zone, according to pre-configured evacuation plans. A Pertronic ADM-2 distribution module in each zone broadcasts evacuation signals over two separate circuits. If one circuit is damaged, the other continues broadcasting alarm signals.

The networked F220s control the building’s air management equipment and lifts. The system is designed to maintain air quality on evacuation routes, maximise utilisation of lifts during an evacuation, and deliver passengers to a safe location. 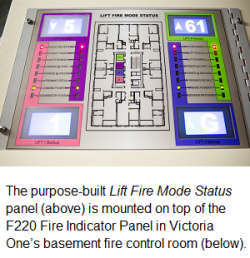 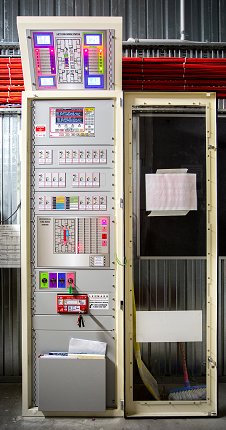 Pertronic Industries is very pleased to have provided fire systems equipment for Victoria One. We congratulate everyone involved in the construction of this building, which is an outstanding feature of Melbourne’s CBD.