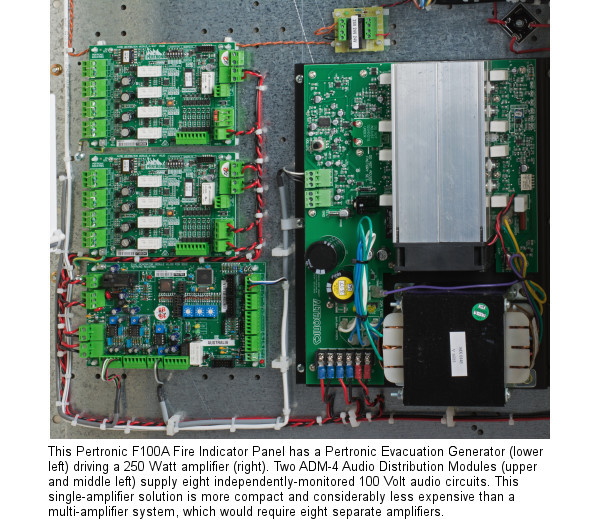 A single supervised 100 Volt audio circuit can no longer be used to cover multiple warning areas, because a single short-circuit will affect the entire circuit.

One option is to provide a separate amplifier for each area. Each amplifier drives a supervised 100 Volt line with speakers throughout the occupant warning area. Here at Pertronic Industries we build many systems like this. Typically the fire indicator panel will have multiple 50 Watt evacuation amplifiers.

Sometimes one option is more economic than the other, so it’s worth costing both options.

Physical space can be important. Because of the ADM-4’s compact dimensions, a single-amplifier system with multiple ADM-4s will often fit into a smaller space than a multi-amplifier system.