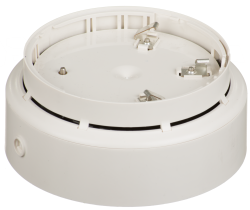 Each LASS-series alarm device can be individually activated (addressed) by a fire alarm control panel over an analogue addressable loop. In a Pertronic F220 system, the control panel’s loop driver board controls the audible signals.