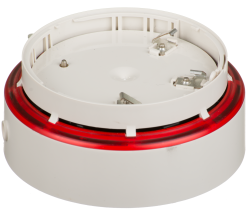 The sounder of component of the Addressable Synchronised Sounder-Strobes (LASS-BSS-NC) is independently certified as compliant with AS ISO 7240.3:2014.