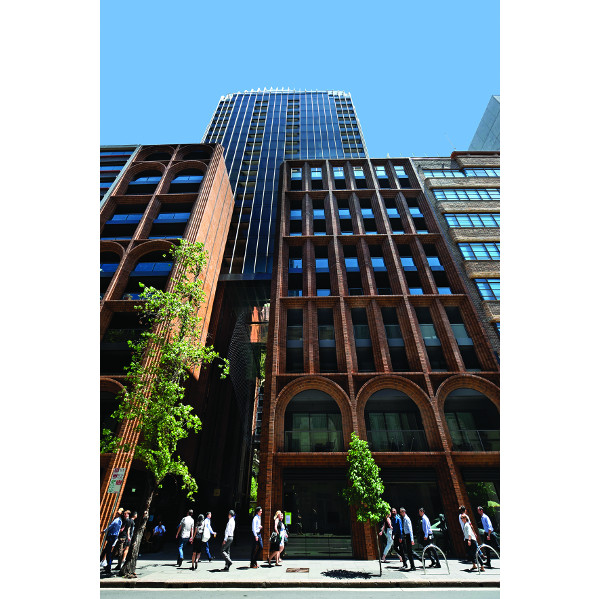 Arc by Crown Group is 26-storey residential tower in the Sydney CBD. The building has 179 residential apartments and a 73-unit serviced apartment complex called “Skye Suites“. The development straddles Skittle Lane, a narrow laneway formerly used as a bowling alley. Skittle Lane is now an eight-storey atrium bisecting Arc by Crown Group’s podium, with cafes, restaurants, and shops on its lower levels.

A Pertronic F220 fire indicator panel monitors and controls automatic detection, protection, alarm, evacuation, and smoke management equipment throughout the building. The F220’s versatile cause-and-effect logic is programmed to analyse information from more than 800 individually-addressable heat and smoke detectors, together with zone-by-zone sprinkler system status data. In the event of any alarm condition, the cause-and-effect logic determines the appropriate response, including automatically calling the fire brigade, evacuating the building, and taking control of relevant building systems.

The Pertronic F220 controls a retractable roof covering an eight-storey open space in the podium. Normally, the roof is closed during moderate or heavy rain, and open in fine weather. However, in the event of a fire alarm affecting this part of the building, the F220 causes the roof to open, allowing smoke to escape.

Apartment windows overlooking Skittle Lane, and apartment windows in the exterior walls, are also controlled by the Pertronic F220. Individual windows automatically close if smoke is detected in their vicinity. In the event of a building-wide fire alarm, the F220 closes all these windows.

The F220 also controls a fire curtain on level one. During a general fire alarm, this curtain is lowered, separating the lobby from the level one retail precinct. 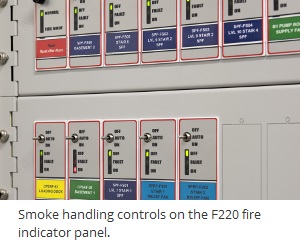 The Pertronic F220 controls an emergency warning and intercom system (EWIS). The EWIS advises occupants to evacuate, zone by zone, according to pre-programmed evacuation plans. Meanwhile, the F220 controls a comprehensive system of fans, dampers, and electromagnetic door-holders, to manage the air quality along predetermined evacuation routes. The F220 also controls strobes and evacuation signs at key locations. 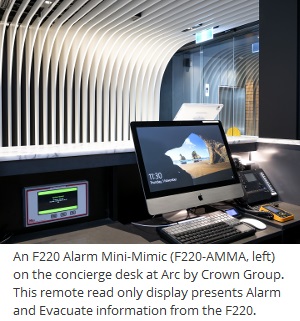 Pertronic Industries is pleased to have supplied fire protection equipment for Arc by Crown Group, which is a significant feature of the Sydney CBD. We congratulate Crown Group and their suppliers on the successful completion of this project.