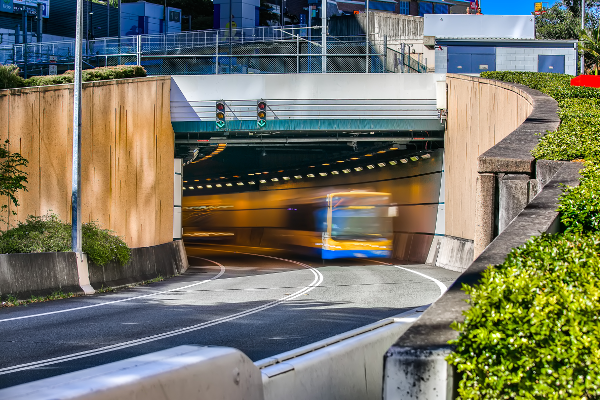 UGL is responsible for maintaining fire systems on Brisbane’s transportation network, including tunnels on busways and highways. In early 2012, UGL’s fire systems maintenance team completed a formal comparison of fire system suppliers, based on the Brisbane transportation network’s specific requirements. “Pertronic was really the only one that ticked all the boxes,” said Ian Patzwald, UGL Maintenance Supervisor – Fire.

Several factors distinguished Pertronic Industries. UGL liked the depth of technical support available from the Pertronic distribution office in Brisbane. “If one person’s away, there’s always someone else who can help us,” said Mr. Patzwald. “We need to be able to get parts and support quickly if there is any problem.”

Another very important requirement was Pertronic’s willingness and ability to deliver custom-built equipment such as smoke control panels. In the event of a fire, customised controls make it easy for incident managers to maintain breathable air along evacuation routes. “Smoke control is the thing that saves lives, more than anything else,” said Mr. Patzwald. He also highlights the user-friendly nature of Pertronic equipment.

Recently Mr. Patzwald and his team initiated a fire system upgrade programme. Legacy fire systems in several tunnels will be replaced with Pertronic F220 fire systems. Some of the new systems have custom-built smoke control panels.

This project highlighted some additional benefits of Pertronic systems. The F220’s open configuration protocol makes it easy to configure and upgrade an F220 system. Also, the configuration can be transferred between F220 and a USB stick in less than a minute. 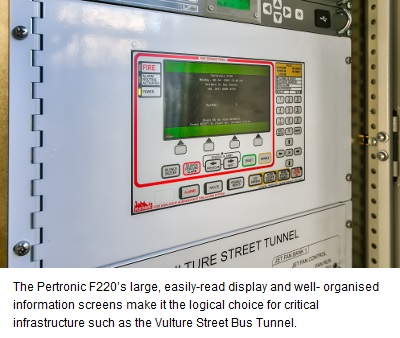 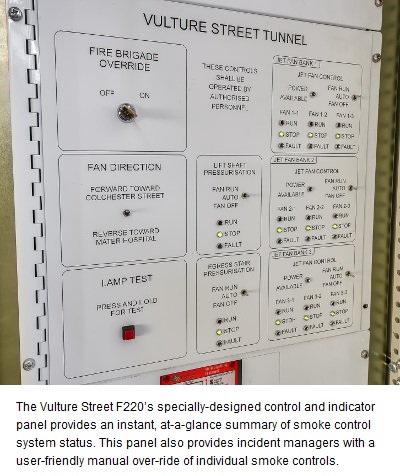 Maintenance and upgrading work at busway tunnels must be completed during a four-hour time period at night, when the buses are not running. Small improvements to an F220 configuration can be made in minutes, allowing maintenance engineers to fine-tune the configuration within the limited time available. With competing products, a configuration upgrade may take hours.

Pertronic Industries is proud to be associated with UGL Pty Limited.

Contact us to find out more about the F220